January saw a drastic change in training as I discovered the drive that had been missing. It’s really funny how the thought of dying a horrible death in front of onlookers at a race can do that.

I finished the month with double the miles of the last two months combined, plus 13 days at the YMCA. The result is an increase in speed, 4 pounds lost in the last two weeks and clothes that are not nearly as tight. Even on the coldest days I ran outside which brings me to the point of this blog: Outside running or a treadmill during inclement weather.

This debate has been hashed out by runners that are MUCH more accomplished than I across books, 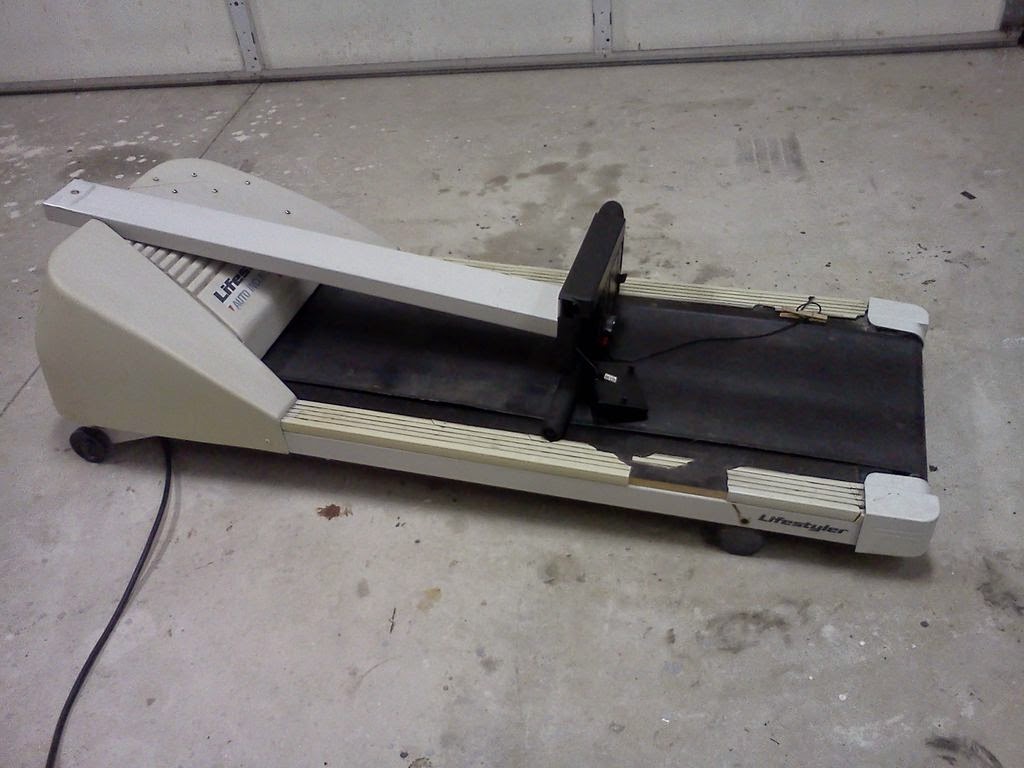 magazines, on the internet and at every race I have ever run. The two camps are firmly entrenched and both are steadfast in their opinions. They actively try to look for weaknesses in the others troops and try to convert them at any chance. There is a third camp, the non racing runners. These are the ones that go to the gym and run on treadmills or around a track or trail to work on cardio health and or weight loss but have no desire to run a race. They are every bit as fast and talented as any other runners but I think many are blissfully unaware of the war being waged around them.

Often the outsiders wear that title like a badge of honor; they look down at the treadmillers like they are somewhat less of a runner. Some of their usual statements include things like “I have never found a race inside”, “You need to train on the surface you are going to run on” and my personal favorite one “There are these things called weather and hills you might want to try.” This group has even renamed the machine they hate, the DREADMILL.

The treadmillers tend to look at the outsiders with a mix of pity and amusement. Their favorite things to say are “It’s much safer to run inside than in the rain or snow”, “Why would I run in zero degree weather when I’m training for a June race” or “You do realize there is something called frostbite don’t you?” They do run outside, just when the weather is cooperating. They do run hills and again, most are better runners than me.

I have a completely different take on this old argument. I run outside because I can’t run on the treadmill, I’m not good enough. Here is the rather embarrassing true story of my last attempt:

My dad had a treadmill that (no matter what he says) was collecting dust when I decided to start training. He reluctantly agreed to let me “barrow” it so I set it up between my dining room and living room where I could walk or run while watching TV. As anyone who has ever tried to run with me can attest, I am absolutely terrible at running at any one pace, I’m all over the place. When I would increase the speed on the treadmill to be able to run I would have to hold on to the rails or pay close attention to stay on the tread. Then it happened. I was watching TV and found myself straying a little farther back than I should be so I increased my pace. The next thing I knew I stepped on the plastic in front of the tread which launched me directly into the front of the machine. Before I could grab anything my feet were in the air and my back was on the treadmill and I was flying backwards. My head hit the baseboard at the same time my feet hit the window which thankfully didn’t break. The emergency stop cable had fallen off of me so the treadmill was still running, trying it’s best to light my shoulder on fire as I tried to decide if I was still alive. Needless to say the treadmill is once again collecting dust at dad’s house and I have yet to be brave enough to try again.

This means that I am an outsider, not because I am braver than the treadmillers, because they are braver than me. I am very interested in hearing what others think of this debate so feel free to post your comments.