Today started off ordinary enough but turned into one of those days when everything just fell into place perfectly. In exactly 21 days I have my first half marathon coming up and I had yet to make that run that was just a little farther than the race will be. Late last year I had, on a completely flat track in Leeman Fields, ran exactly 13.1 miles one time but I barely made it and by the end I was almost crawling. Last weekend I had attempted to again do 13.1 miles but it just wasn’t to be and at 11.4 miles I cramped so bad I had to call it a day. 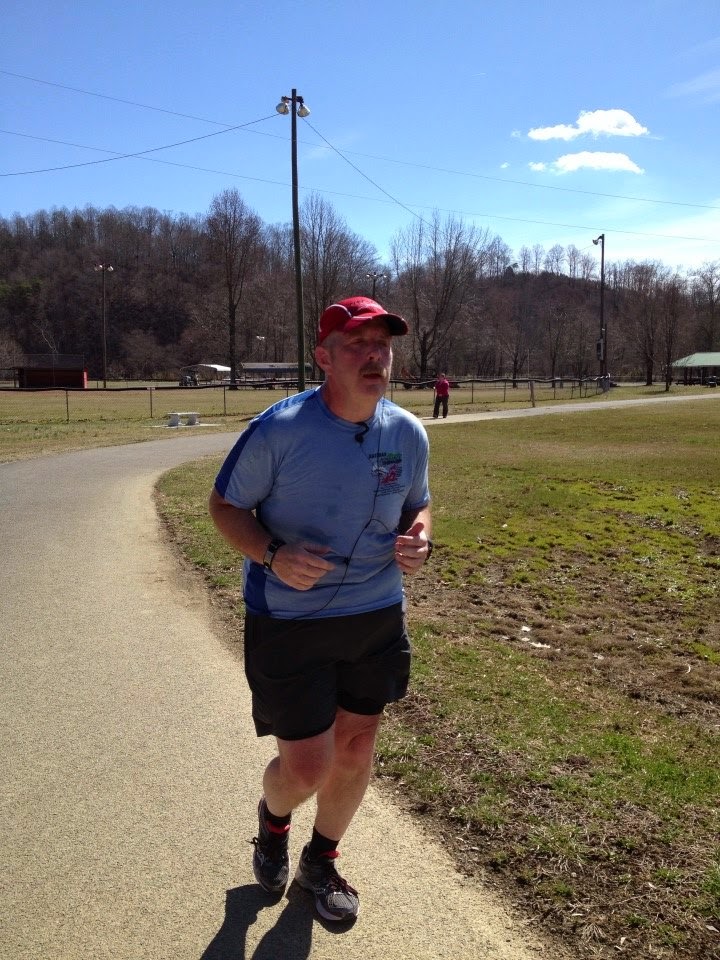 Yesterday I promised Lilyan, my almost 5 year old coach, that I would give her a long run today. I was meeting my running group, The PPP ( Pennington Pavement Pounders), at the same flat course I had ran the last 13.1 on but I decided to go a little early to start on my own. I started off going way too fast, a pace I could not hope to keep for a 5 K let alone any longer and after a brisk 1/2 mile I finally settled down. Then I thought since I was all alone anyway I might as well run through town until others show up, so I did. Of course running in town meant that I was giving up the flat for hills but I really didn’t care.

I decided to try not to pay attention to my Garmin or phone and just stay at a comfortable pace where I was neither killing myself or loafing but just running. At some point I entered that zone that all runners strive to find although I seldom do. I wasn’t worrying about times or problems or the upcoming race or breathing, and suddenly I realized I was almost 7 miles in. I returned to Leeman Fields and found two others had arrived. I went to my car and grabbed some water and orange slices and they were talking about really pushing themselves to see how fast they could do a 5K in and as I told them I would check on them later and headed back out on my own. While I didn’t quite make it to the zone again I still found the miles clicking off and when I returned at 11 miles they fell in with me.

As much as sometimes it’s good to run alone, for me it seems that especially later in a run a little company is what’s needed to keep you going. At around 12 miles I told them I was going to try for 15 instead of sticking with the 13.1 and to their credit they told me they would help. The great people of the PPP paced me and kept me company and even convinced me to sprint to the end, we even had a meal before we left. It was good to relax with J2, Cindy, Lori, Jay, Terra, Leah and her husband, Kevin and my dad who had dropped by after such a rewarding run.

When I left home this morning to run, I was truly worried about the Oak Barrel 1/2 Marathon, could I really run 13.1 miles in three weeks or ever? After today I’m starting to think that maybe I should find another one to do in late summer or early fall and who knows, there might be a full in the future?